The State of Minnesota Department of Natural Resources classifies it as an invasive species, noting that “[t]he tree can invade and dominate disturbed prairies in just a few years.” (see link for more info.)
This fast growing, hard to eradicate tree is a real problem here, growing up under homes and buildings and breaking them, crowding out slower-growing native species.

Last weekend I did battle with a 15 foot tall one that was growing into our water main, and had to go.

I like to use everything I can from a plant. I ate the leaves as a green, though it’s early enough in the year that there are barely leaf buds. These are all the leaf buds I collected from the lower limbs:

I cooked it with buckwheat and sausage:

It didn’t taste like much, and was a lot of work. I’ll have to try later in the season with more mature leaves from other Siberian Elms, which unfortunately are everywhere around here.

The most useful part of this plant, to me, is the inner bark. It’s used to treat cough, just like slippery elm. If you don’t want to damage the tree, the inner bark of a branch will work fine for this, but since I was digging up the whole tree, I found the root bark to be especially strong for this. It is mucilaginous, which is a property that helps it to soothe a bad cough. Even washing my hands after handing it, I came away with strings of the slime. 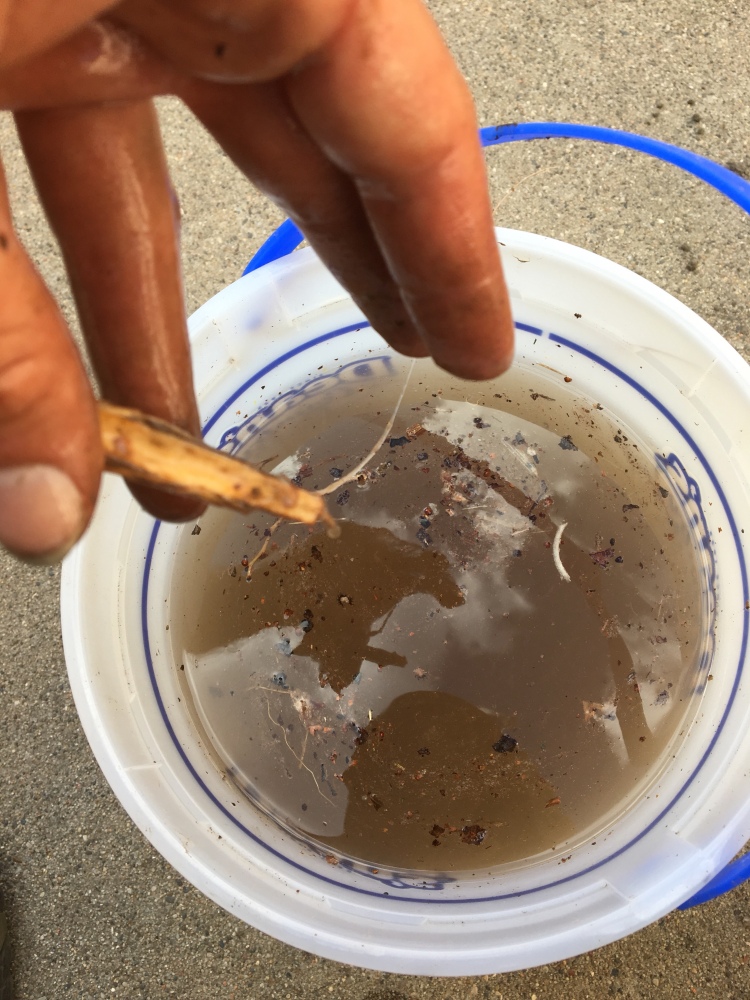 (Incidentally, the thinner root fibers are strong and flexible, and would probably be great for a basket maker.)

Here’s my pile of bark, drying in the sun after I washed the dirt off of it: 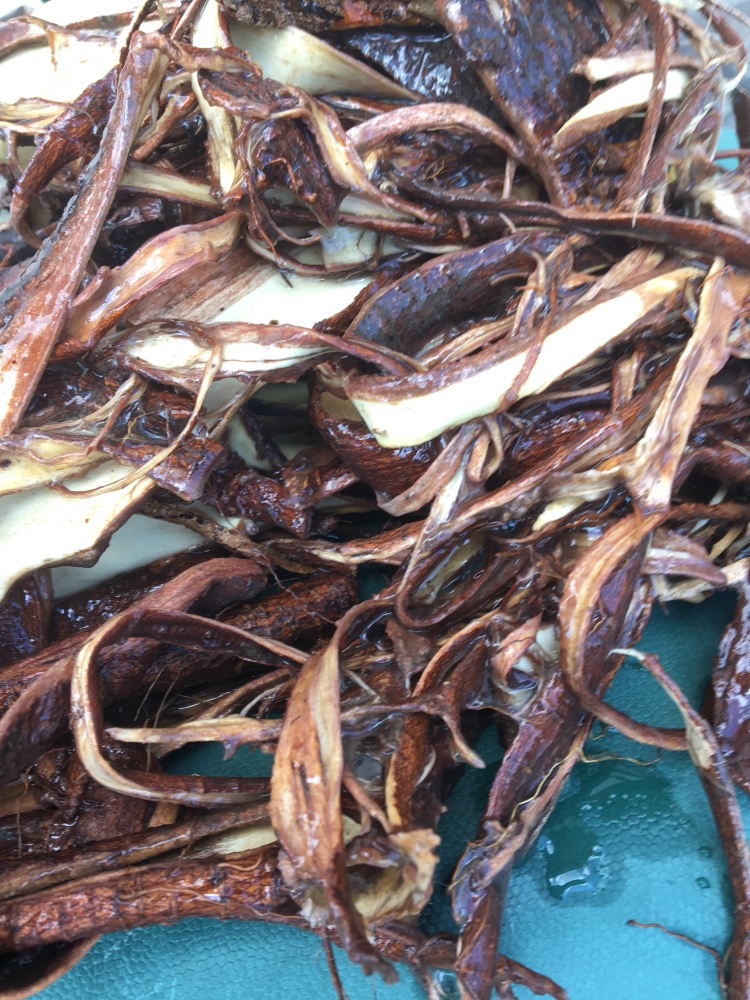 To make the tea, boil the bark is the root or branch for 20 minutes. I like to add my other favorite herbs that also treat illnesses, such as čheyáka (mint), yarrow, and rose.

I dug three feet down and I think I got the majority of the roots. I guess I’ll see for sure in whether it comes back again later this year.